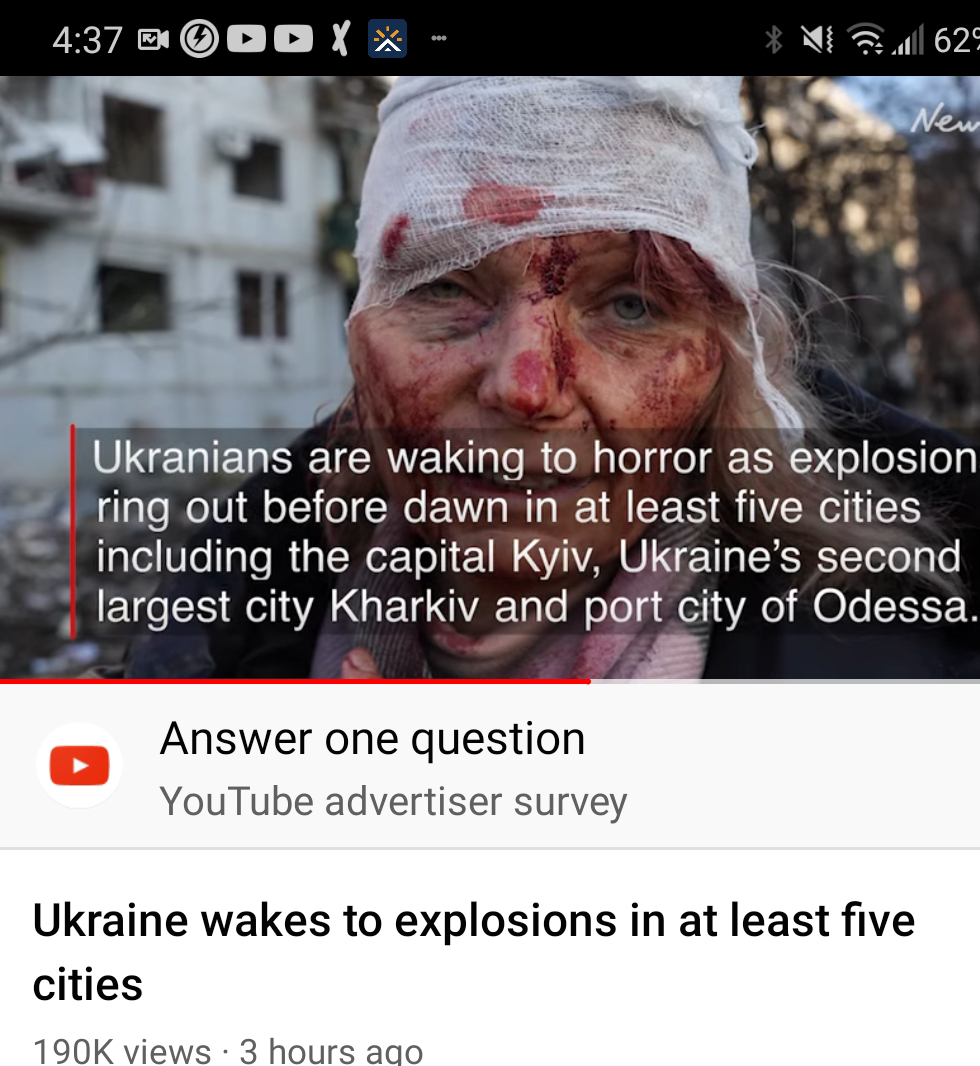 Tweets:
Russian forces have blocked the entry and exit point of Kharkov city.Ukrainian troops are currently in the streets of Odessa. Numerous videos of Ukrainian military convoys passing through the city of Odessa point for resistance in that axis. 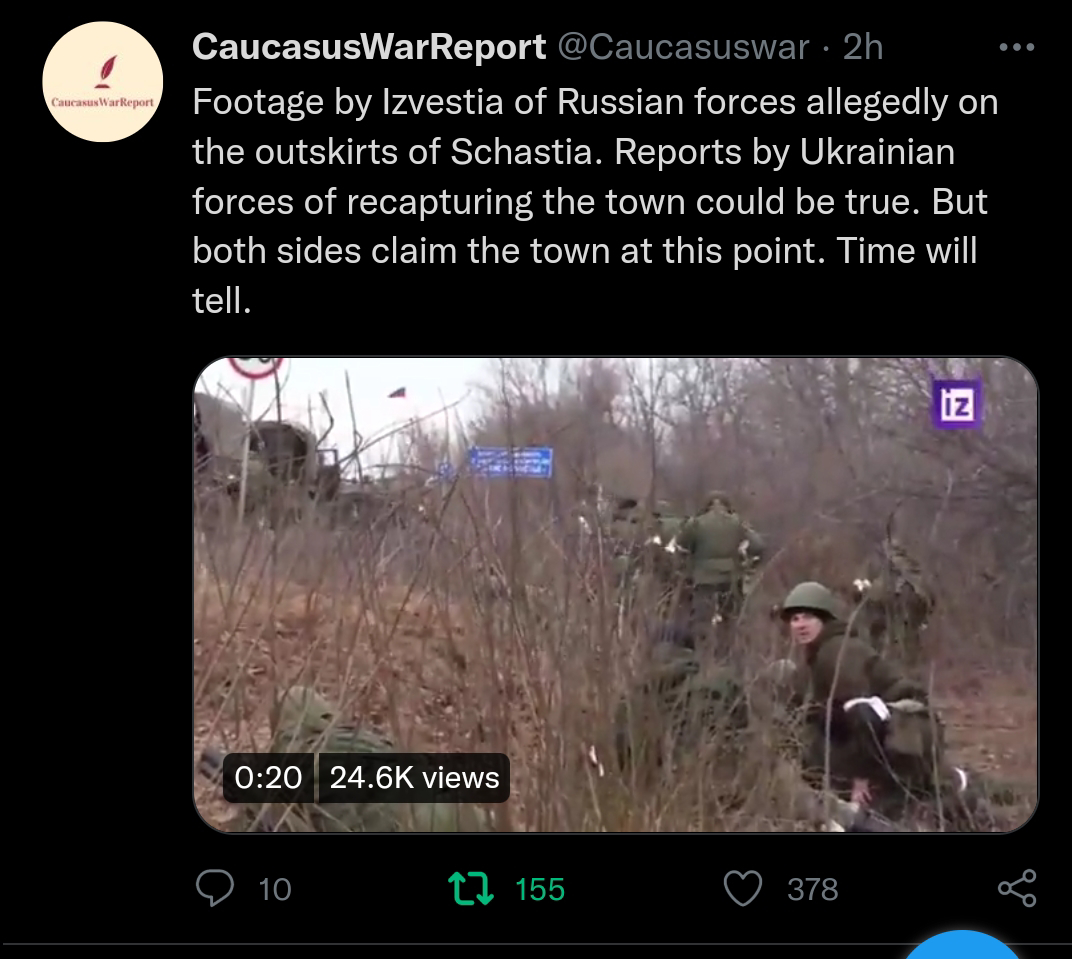 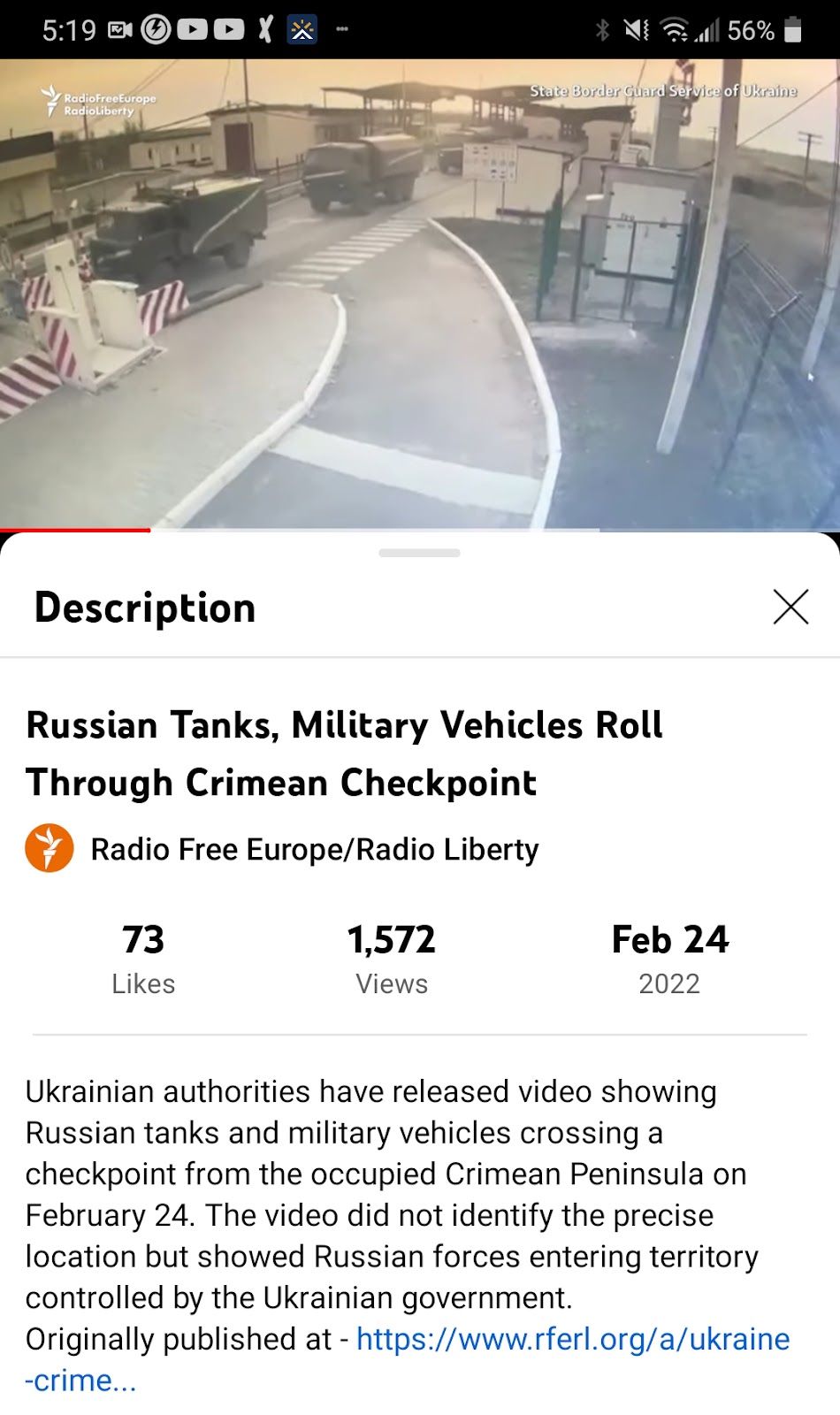 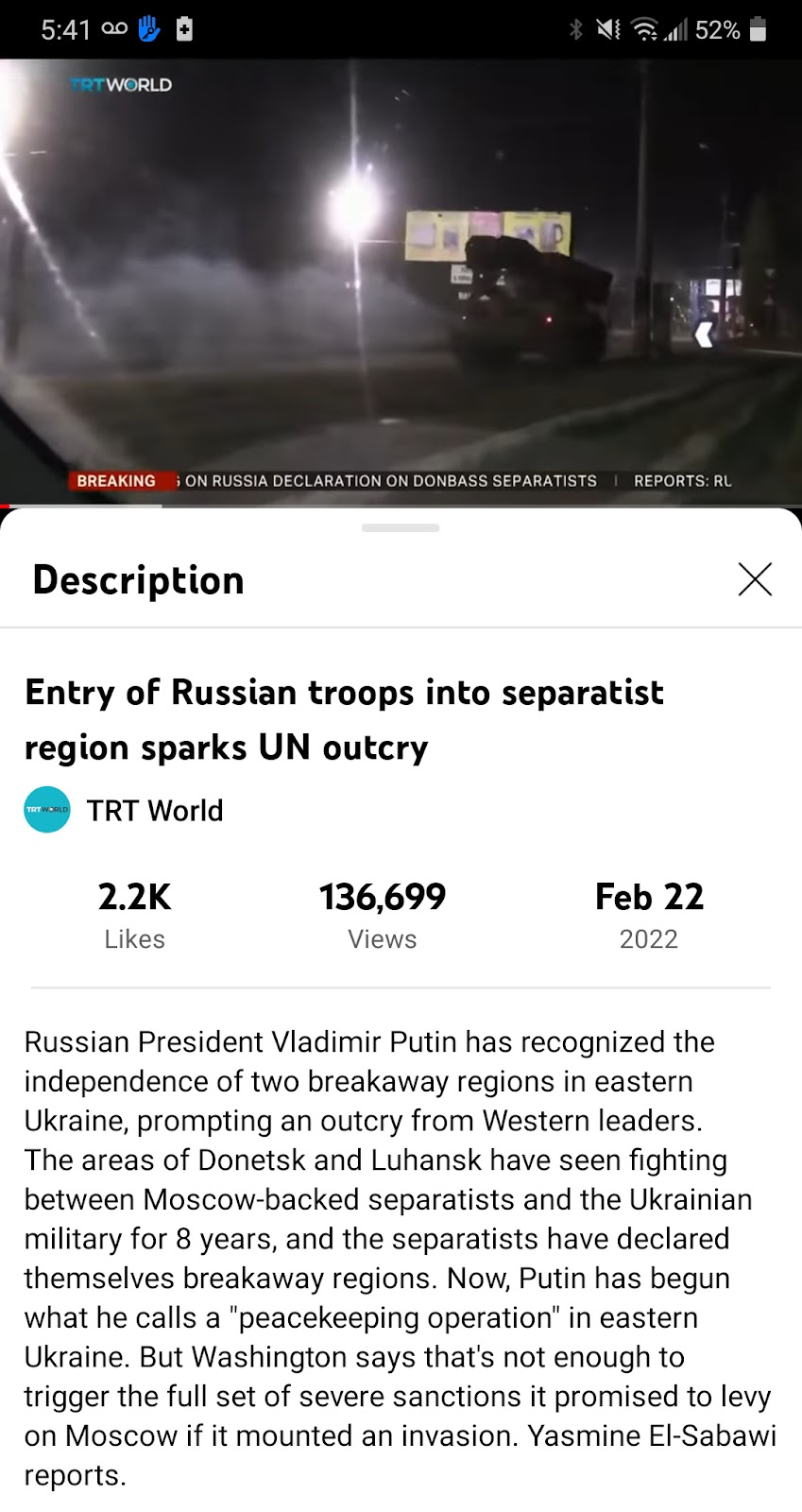 Dmytro Kuleba
@DmytroKuleba
·
1h 1:57 pm ukraine
Latest update.
No, this is not a Russian invasion only in the east of Ukraine, but a full-scale attack from multiple directions.
No, the Ukrainian defense has not collapsed. Ukrainian army took the fight. Ukraine stands with both feet on the ground & continues to defend itself. 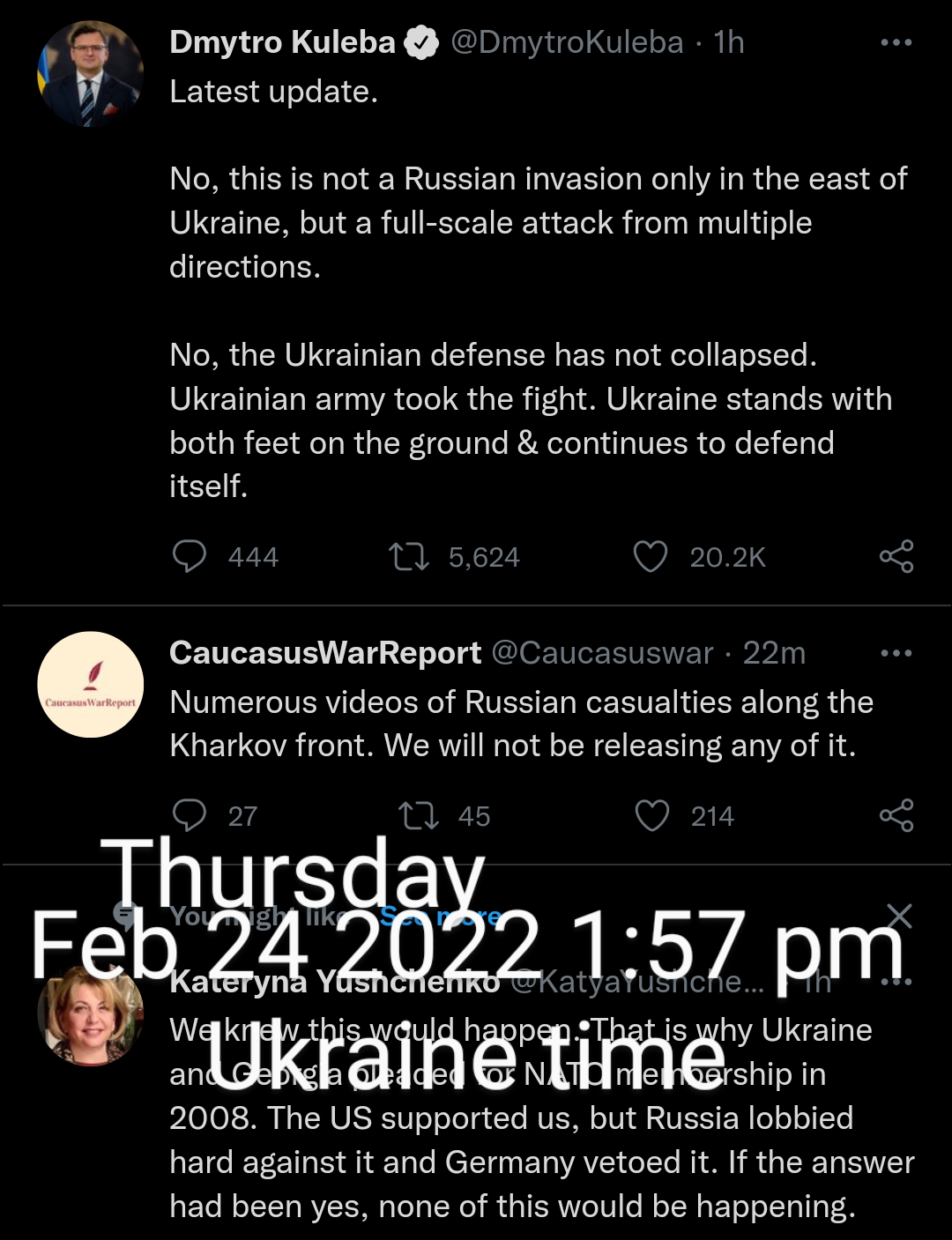