(August 21, 2019 10:30 central) Almost 21 hours ago, the news spread Area 51 under emergency evacuation declaration. So what exactly is happening in Nevada. Is there really a storm happening as we read this article. The answer is no. No real storm is happening however, they are preparing for a future event that has not even happened yet.

The emergency declaration is based on no real threat but a government fear.  The United States government has been declaring such emergencies, like the time they claimed thousands of immigrants would storm the United States Mexican border.

They claim that it is the nearby citizens that are concerned about this event. However, it probably is the Government concerned that it will get out of hand.

Since the 1950's Area 51 has been a place shrouded with secrecy. A place where underground tunnels exists and human experimenting. Area 51 is among one  the places where human cloning, human hybrids is set to exist.


If you are new to megatrndz website read about transhumanism, superhuman experiments, cloning centers, supersoldier, genetic manipulation, alien agenda. and most obvious the emergency declaration trend.

For this reason,  concerned patriots of human rights have been joining to attend an event called "storm area 51". In less than a month from now, September 21, 2019 the event is scheduled. So far four hundred thousand people have signed for this event on facebook.

The biggest concern of the people participating is the real secrecy shrouded this site.  Area 51 is a site where there are signs all over, claiming  anyone on site will be shot. Recently, there was a real event made into a  movie it was released after a man disappeared while lost in the same grounds of area 51. His disappearance could only be speculation because of the secrecy behind the Government.

I wonder how will they evacuate ALL the aliens  of area 51?


(August 19, 2019) Conspiracy Theories and Red Pill what does it mean in this time and age? Will the People Party head to MP votes. On Sunday, Canada's People's Party Maxime Bernier says to journalists,

says Bernier at Quebec convention. The question of conspiracy theory by journalist was brought up and Bernier responded in the most upright way. Irrelevant questions like why he is not at the pride parade were asked. Five hundred members united yesterday they stated that  PC leader, Andrew Scheer was backing Islamist extremists and it should be part of the discussion as those are not Canadian values.

Christianity place a huge role when learning more about the new PPC.  There is a truth that needs to be brought to light in the direction that Canada is heading and no one is talking about. The PPC respects and so far is respecting  christian values againsts extreme opressors. Preference over race , color or ethnicity has nothing to do with protecting citizen that are currently in Canada.

One journalist asked: Are you scared that there will be an infiltration, Islamic threat? His response was, Andrew Scheer is trying to get the votes from Islamic extremist. Bernier advised everyone to do their research what is truly going on.'There is a candidate that shares these views'.

Mr Maxime Bernier says he is against extreism.

Maxime Bernier does not agree with Mass migration , but agrees with immigration. So those are relevant questions that Canadians should be asking themselves. These questions brought up by Maxime are all part of the trends happening today not of the conspiracy theorists but of the actual concerned citizens against terrorism brought into Canada through mass migration.

Do you see United Nations a threat to Canada? That question was brought up because of the Compact agreement, a trend discussed on megatrndz website. Maxime points out to the obvious, 'If it is not binding why sign it?'

These trends are relevant because globalism vs nationalism were among the debates in the United Nation 2018 discussion. Where U.S President openly prefers nationalism vs globalism due to what is happening with the Mass Migration and the new Universal Global Pact Agreement. This is important to note because France's President Macron has been for Globalism. A rise of removing local forces with a universal forces ran by the United Nations is secretly discussed. On November 7, 2018 France President Emmanuel Macron has pushed  10 other countries to forming alliances for a united european army. Founder of End Time Ministries believes this could be the 10 horns revealed by the Prophet Daniel thousands years ago find out more Heavenly Mysteries or read  the Book of Daniel chapter seven verse four.

Are you Canada's Donald Trump? Maxime's response 'Why do you say that?"

He was asked about what it meant to take the Red Pill? Have you never seen the movie the Matrix the Red Pill vs the Blue Pill someone responded. Maxime says to look at the past years tweets for that response.

Maxime Bernier is an 11 months old a baby when running the political race , however his knowledge with what he is talking about and bringing it to the political arena forefront is amazing. He seems truly convincing and genuine than the other Canadian parties. People's Party of Canada is a grass root movement nationaly started September 2018 by Bernier where he was part of the PC Party. Bernier claims the PC Party is morally corrupt.


Climate Chaos Where Will 56 Million People come from?

PPC Canada's fastest rising political party where will you be  in October 2019.

We know that Justin Trudeau has broke the Law, now we need to know if he has committed a crime." were among a few statements made by Scheer. As he continued his speech in asking Canadians 'The type of Canada that we want, Do we want Canada to be a country where the Prime Minister is above the Law where he or she can decide who gets prosecuted and who doesn't. Justin Trudeau wanted Vice Admiral Mark Norman prosecuted and he was, he wanted SNC Lavalin left off the hook and if it was not because Miss Wilson Raybould they would have been.

He says that, veiled threats were made to Miss Wilson Raybould staff.Breathtaking repeated threats

from seniors PMO Officials, ongoing discussions with SNC ..explicit advice from the Privy council to avoid contact about how to get the company what it wanted. Secret meetings with SNC officials to discuss new ways to pressure Attorney General Miss Wilson Rayboult . Essensially the same officials in the Prime Ministers office who are pressuring the attorney general  to overturn the prosecuter decisions were in constant contact with the defendants.  They were advocating on defendants behalf. 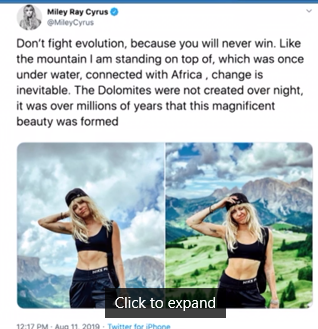 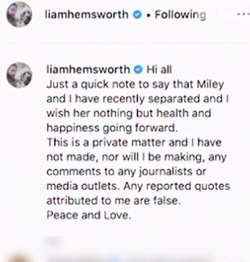