Now being born in Nicaragua I feel passionate about a beautiful country that has been taken by pirates,  wealthy foreign merchants and now dictatorships. This is where I was born. But regardless I still think there is ample of hope, or not? Question mark. A few years ago before the downfall of the dictatorship of the country I began my curiosity of this country i was born in but hardly made a connection with. But even though i was connected i truly was not it was like Abraham watched Sodom and Gomorrah fall to the ground as it burned there i was. Lost in word. A country so beautiful but lacking in trait. No one owned it. If fact in the years passed it was owned by some American who thought it could own its democracy. Then it was the many years of dictatorship. That is where i fall into this story. Dictators that fall because God Almighty has its reign. But it feels like a time when two Kingdoms have to fall. We just have have to watch from afar. Just like Abraham watched from afar. Many things never make sense because the masterpiece is not mine is not yours it is God Almighty's the dictators fall even though they hthinkl they have the last word they never do because it is God Almighty who has the last call, the last gathering you get what i mean, read the last article.

Kingdoms always fall they have to because only one has to stand that Kingdom is God Almighty.  God Almighty said when two or more people pray the Kingdom falls. Nope that is not what he said. What he said was when two people pray everything comes to its favor.

Nicaragua has been one of the Nations that God does not divide. A loyal place where when the prayers are in communion like the Pentecost everything else must fall. Thus the Lost Kingdoms.

Hurricane Iota may have been a purpose of the rich eventually it becomes a rescue for the poor. A cry perhaps of the most poorest of the country. Nicaragua a place where many has hand their hands in the cookie jar but the last word is from the Native Farmers.

by 11 am today Malecon de Wiwili many places like Chinande and family likes Rodrigues were inundated in a cemetary like situation. Little houses were taken by the floods. Supermarkets are inundated.

Playlist can be found here

Bluefields affected because of the River overflown two hurricances Eta and IOTA have affected the Nicaragua poor population leaving people without electricity and homes. People here were never evacuated.

Carlos Carazo was 50 years old and his son  Francisco 18 years old had returned for something only to find death.

Six people died in Jinotega in a MudSlide in Wiwili

Maria de Cruz Duarte died looking at the rise of the river, the current took her. in Kilandi

Flooding in Honduras 11 hours earlier today Nov 17 The people of Nicaragua are still scared to speak up over the Sandinista Government. Agricultural coffee markets will be affected  because of the flooding in this cultivation area in Matagalpa and Jinotega. Matagalpa has 8 vulnerable regions.

Flooding in Tocoa & Sonaguera in the northern department of Colon caused by overflowing rivers. Flooding is destroying houses along the banks and nearby

Woah, look at the monstrous waves that slammed the coast of Nicaragua as #Iota neared landfall. pic.twitter.com/kpU8RTO3qf


#Hurricane #Iota tears off roofs, floods roads as it rakes across Central America.


This is the journey for families after #Eta and as #Iota arrives. With their homes damaged or gone, they are rescued by helicopter to this hangar at the Air Force base. We provide meals here to evacuees & rescue teams. Families are then transported to shelters. #ChefsForHonduras pic.twitter.com/VtVfZgj4tT


Quick Morning Update from San Pedro Sula, Honduras...Roads here are already flooding so we @WCKitchen are moving quick to get meals to shelters & communities! Sewer covers popping off from so much water...and this is just beginning...48hrs of #Iota to go! #ChefsForCentralAmerica pic.twitter.com/Z6N4Z21drE 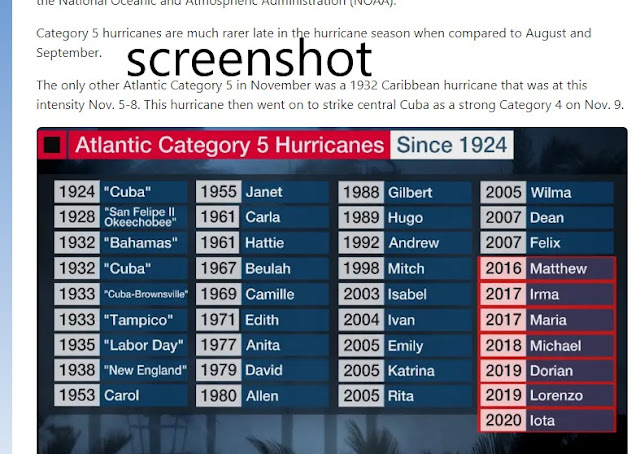