Tension Between U.S and Iran


Tension Between U.S and Iran

American drone shot down by Iran

The Nation Against Nation trend continues to heat up in the Middle Eastern skies. Tensions between Iran and United States hit an ultimate high this morning at 4:05 am when it is  reported that Iran shoots down an Unarmed American drone on International waters in the Straight of Hormuz located in the Persian Gulf–Gulf of Oman Coordinates 26°34′N 56°15′E. 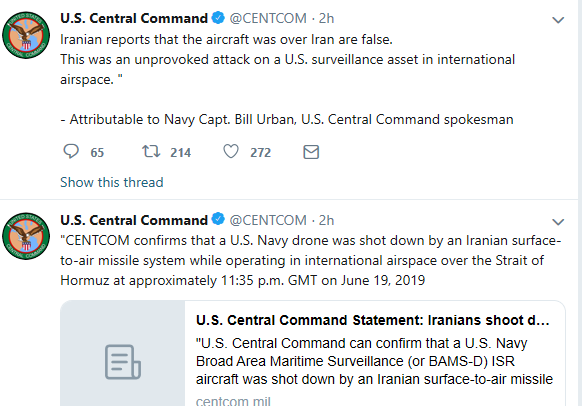 So what will occur next after, an Iranian Revolutionary Guard has shot down a RQ4 Global Hawk flying over Iranian Skies.

Wether or not  it was a spy U.S drone or not as claimed by Iran, shooting down a drone is intentional.

It has been 40 years of opening up a wound since the Revolution. This could be a biblical sign of where the direction will go in the next few years.


"The Banking system in Iran could collapse if they don't find some relief..Iran has been calling for the death of Israel,..Iran  has called a death of United States" says  Lt. Col. Bob Maginnis (US Army, Ret.) in a Skywatch News interview Thursday.

Yesterday 19 trains holding grenades derailed in Cleveland Ohio.
What is happening in Georgia?


Map of Strait of Hormuz with maritime political boundaries (2004) 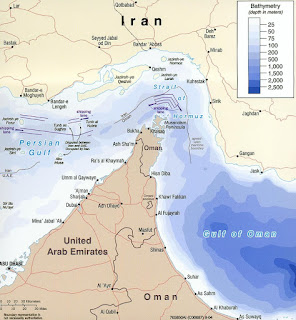 On June 14, 2019 Mike Pompeo says that  the Islamic Republic of Iran is responsible for attacks that occured in Gulf of Oman on June 14, 2019