Human Crisis Who do you believe? 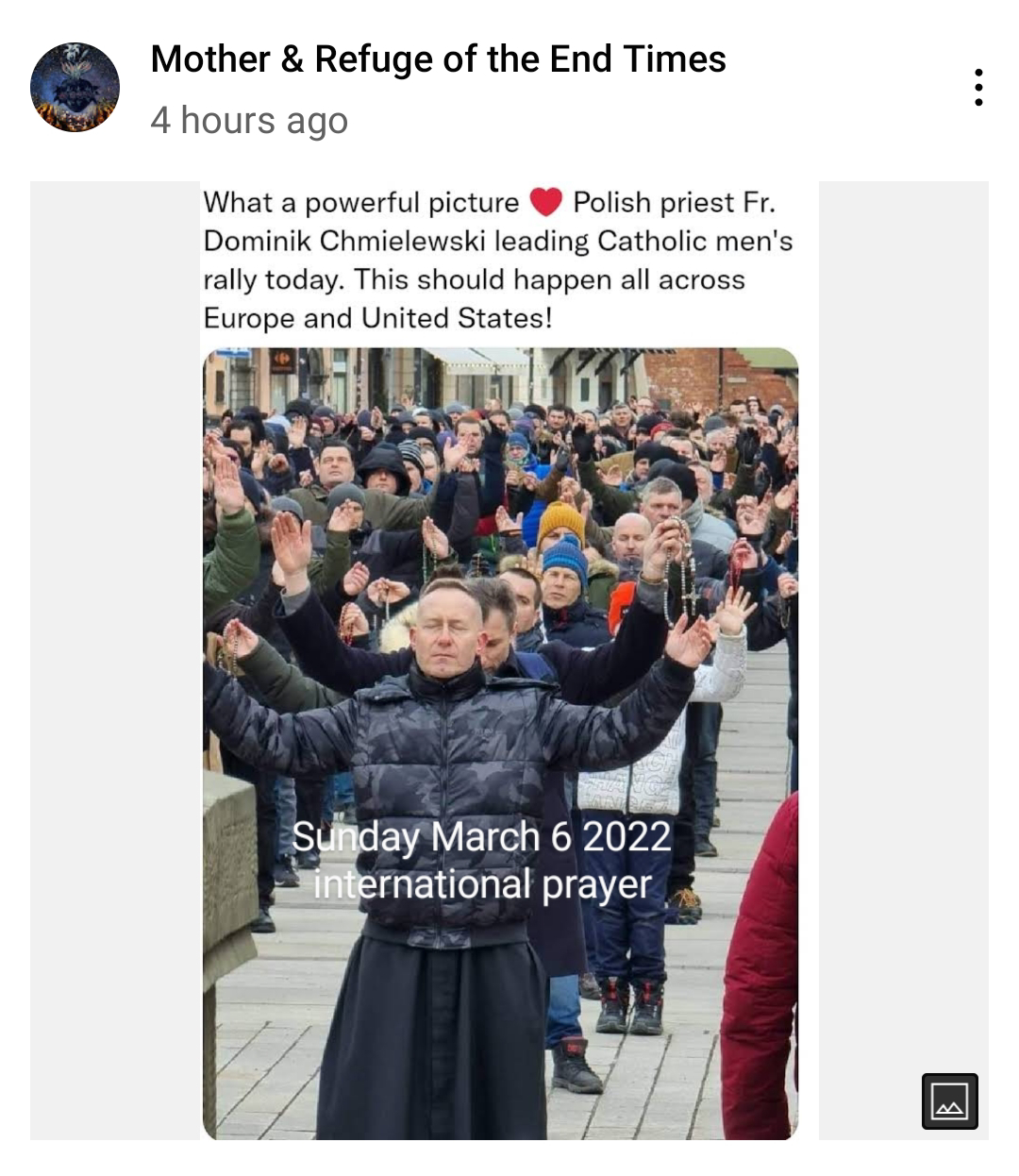 Please pray to Jesus Christ for the deception to end. Lord Jesus Christ please give a tunnel of light of safety to the evacuees as you did to the Israelites as the fled the tyrant Egyptian Pharaoh. Bring a miracle.
Humanitarian corridors is looking not safe.
Ukraine has been assulted gravely by Russians this is Sunday day 11. People are being shot cold blooded on streets of Ukraine  even in their homes. Humanitarian corridors were negotiated, however; it never worked as their promise was broken a day ago by Russian assault. Children are dying, people without weapons becoming martyrs. Putin has said he will do public executions. Ofcourse once social media blocks the insanity of this world we will be in a blackout. Ukranians have reported crimes up as looting, bank robbers and rapes has increased. Prisoners being released at time of war as they are used at time of war but also crime increases. This increases the deception trend.
Who do you believe?
We are living in perilous times so keep your head strong with God at all times as your guard. What is happening today happened in the past but what we choose to do is the priority here. Not what we see and read.
Jesus Christ many times told us that many see but do not see, many have ears buy vanot hear. Turn into yo Gos Almighty so our souls will be in tranquility in times of hate and sorrow.
#Ukraine
Evacuation Walking Route
Train from Kyiv to Lviv to Poland
900,000 have evacuated to Poland
1.5 million evacuated largest fastest sice feb 25 -march 6.22 evacuated since ww2
4 trains a day and no tickets need
Desperation on the streets as people become himan shields to help the innocent. These people are becoming martyrs.
Where are the trained people. Nato tweets paratroopers getting ready in romania, italy and poland. 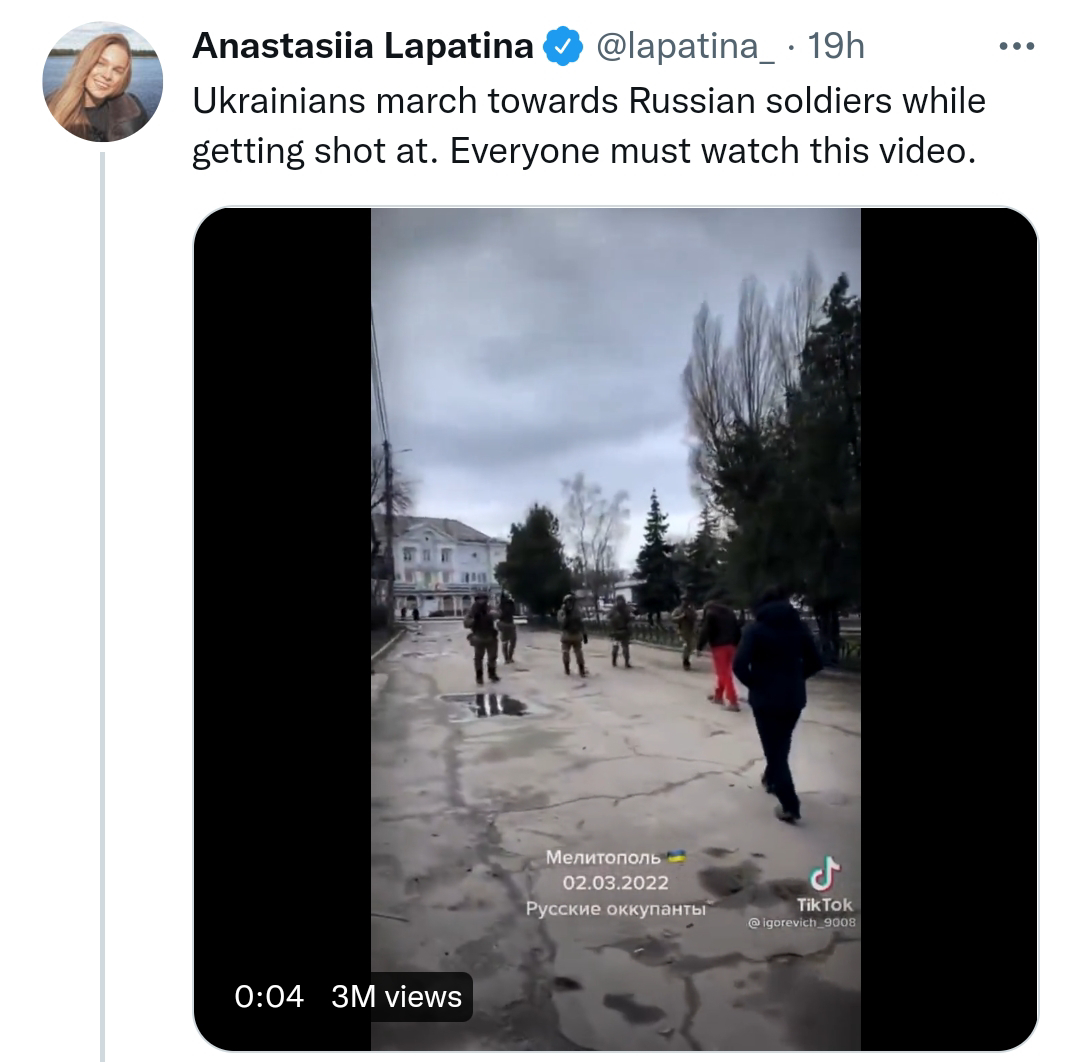 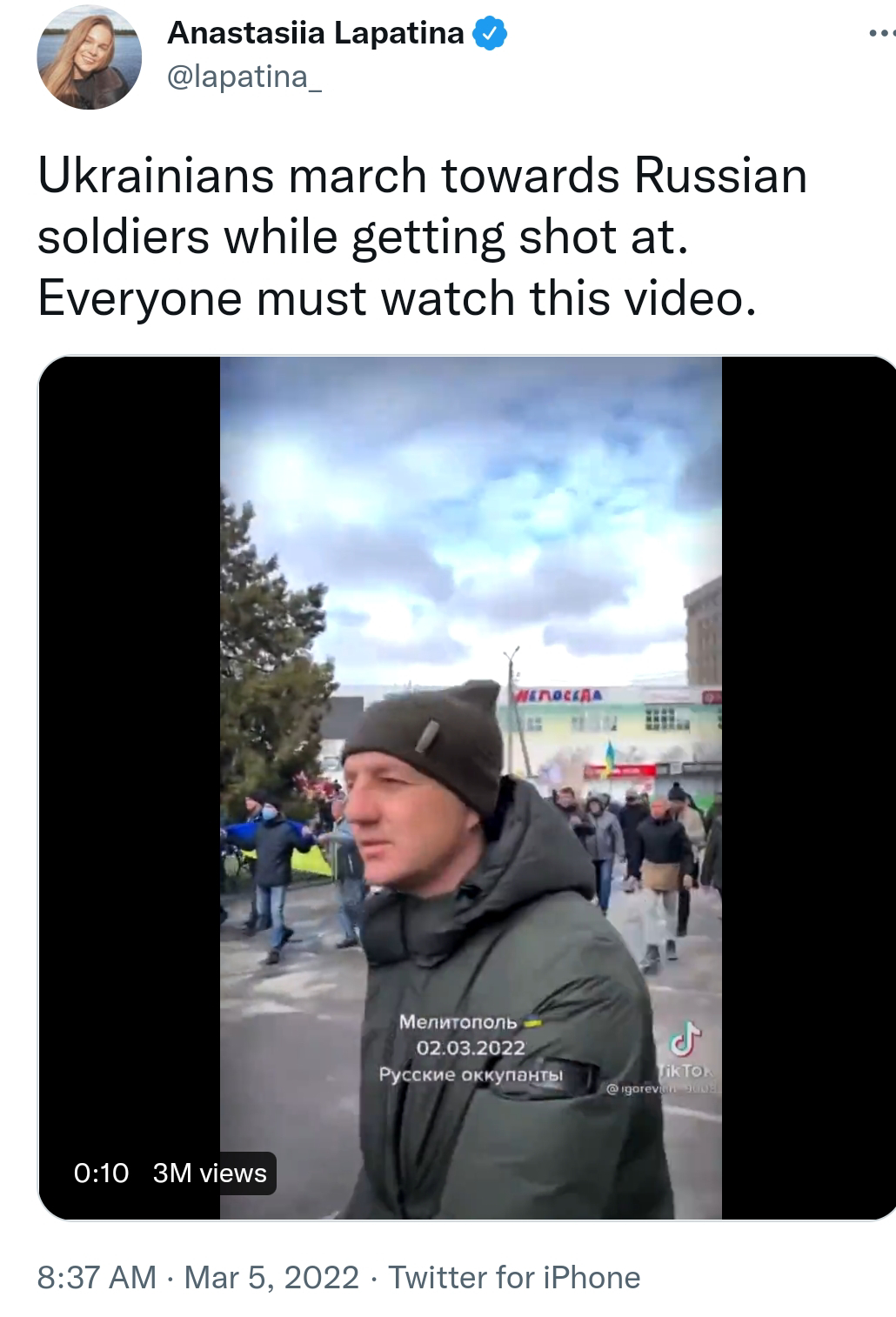 #Gostomel
March 4 destruction to residential homes
#Chernihiv
March 6 2022 reports of dangerous to move around dropping bombs on civilians
#Irpin
On Sunday March 6 2022, a failed evacuation from #Irpin as Russian troops opened fire on civilians, there are dead - Radio Free. Europe
Mykolayiv
Sunday March 6 2022
Ukraine's military said on March 6 that it was fighting "fierce battles" with Russian forces on the edge of the southern city of Mykolayiv -- which controls the road to the key Black Sea city of Odessa in the west according to Radio Free Europe/Radio Liberty’s Tweets. The Odessa port is significant because Europe uses this port for commerce. But to Russian forces they want the black sea access for miltary strategic reasons and economic destruction for all of Europe.
Sumy Oblast
12:21 PM · Mar 3, 2022
#Sumy, The two explosions damage the CHP plant and the electrical substation. Tweets begin from other regions that Residents say they have been left without heat, water and electricity
#kharkiv #Mariupol and #Volnovakha
March 6,2022 11 am
Looking at tweeter surfaced photo looks line dad was about to evacuated when this happed minutes before. Standi d away from wallls and windows for safety is important. 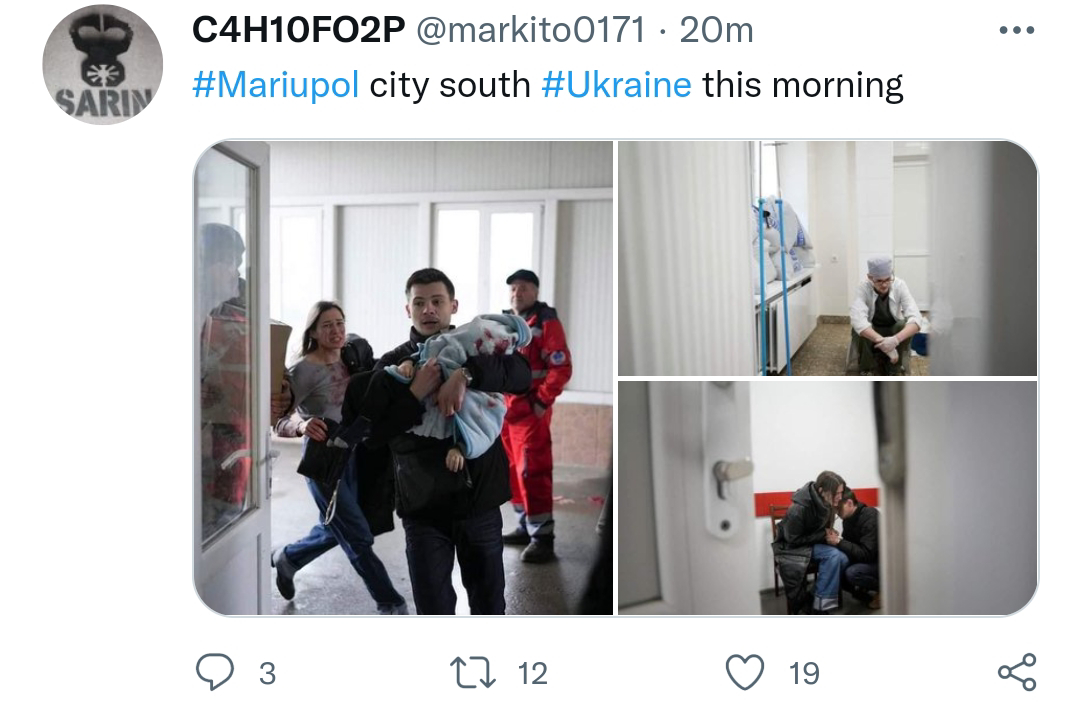 March 6 In #Mariupol, the evacuation of civilians begins at 12:00 (Kyiv time). It is now 11 am kyiv time.
Yesterday, An advisor to the Head of the Office of the President Podolyak confirmed that humanitarian corridors will be opened at 12  from #Mariupol and #Volnovakha #Ukraine on March 5 2022
Black out trend
The first major outage was reported on March 4.2022  by Telecoms blackout reported in northeastern Ukraine:
At 8:23 p.m. in Ukraine, Eastern European Standard Time, internet service tracker NetBlocks tweeted that it has confirmed that a telecommunications blackout has just been registered throughout Sumy Oblast in northeastern Ukraine.
The blackout was reported as “residents report massive blasts at the thermal power plant and electrical substation that turned the sky ‘yellow and red’ for miles,” NetBlocks tweeted...
Telecoms service in Mariupol has been faltering and went out in a few stages, but the situation in Sumy Oblast “is a single discrete event,” Toker said. “It looks serious.”
Sumy Oblast has a population of just over 1 million people. Its central city, Sumy, is located about 336 kilometers (208 miles) to the east of Ukraine’s capital, Kiev.
A tweet from Sunday March 6. 2022 (https://netblocks.org/reports/internet-disruptions-registered-as-russia-moves-in-on-ukraine-W80p4k8K):
NetBlocks@netblocks·14h⚠️ Confirmed: Major disruption registered on #Ukraine's national telecoms operator #Ukrtelecom; provider reports combat damage impacting service to Chernihiv, Sumy, Kherson, Vinnytsia, Zhytomyr, Rivne, Volyn, Khmelnytsia, Lviv, Ternopil
Source:
Telecoms blackout reported in northeastern Ukraine, first major outage so far; Kyle Alspach @KyleAlspach; March 3, 2022 10:47 AM
Megatrndz is now accepting donations online. Thank You reading for being supportive.https://www.paypal.com/donate?hosted_button_id=TN3RPCHKQB4RL