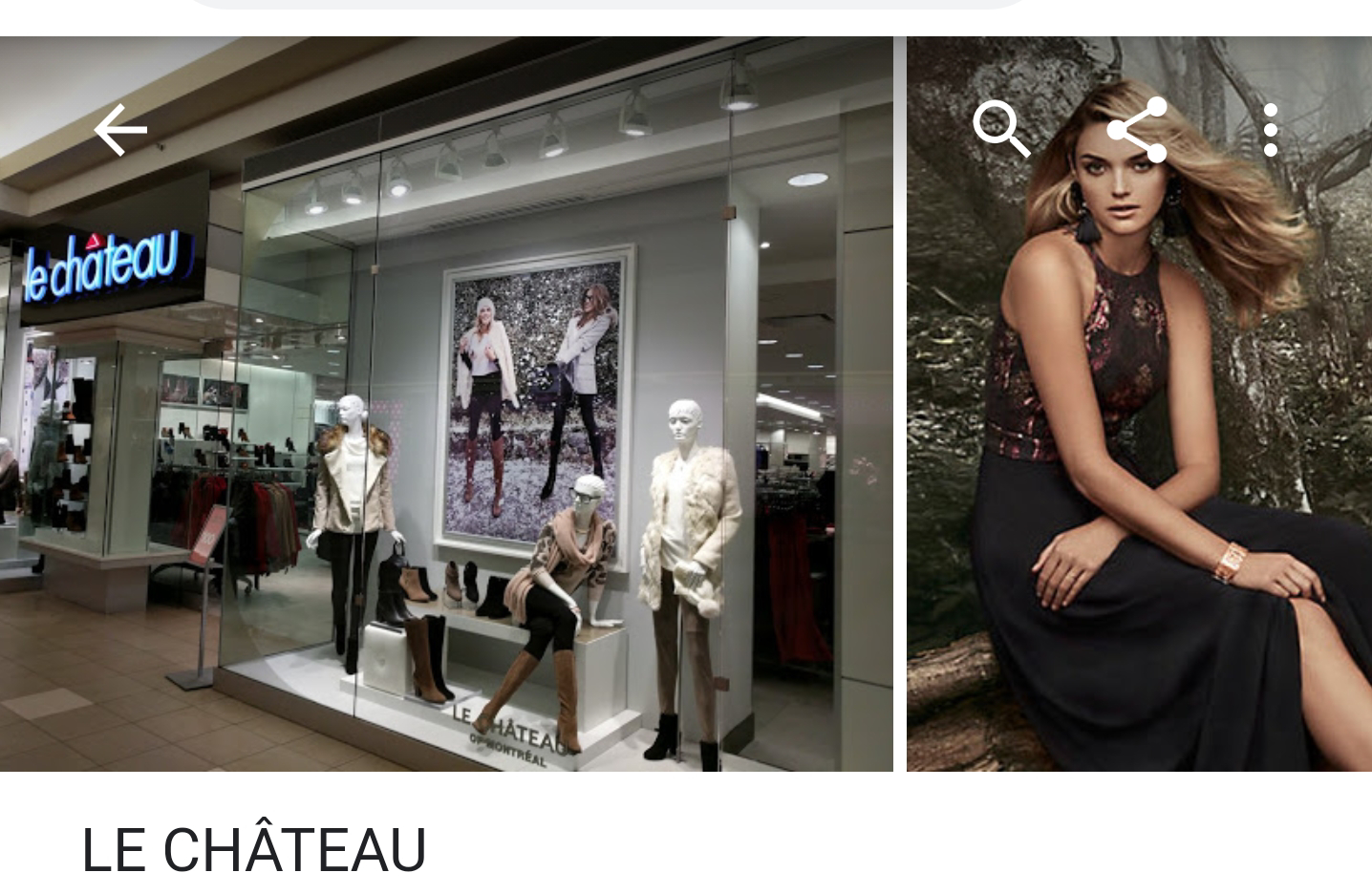 By Veronica Davis October 23 2020
Canada was never known for fashion. People in Central America assumed no one lived up North. When I first arrived here they were right. As i grew up as a teenager i was the odd one buying vogue magazines at twelve.
Why? Because the magazines were right there infront of the Grocerie line up right next to the cashier. Years later i noticed Le Chateau retail store in my neighbourhood. The trendiest store in the mall..you had to look like a model to work here. The sizes were so small. That was in 1990. Looking forward. Fashion was a small industry here in Winnipeg.
A Kingdom divided cannot stand. Eventhough if it tries. Fashion  Kingdoms and Fashion dynasties come and go. Le Chateau were one of the leading fashion houses before fashion even existed in Canada.
A 60 year old retail company filing for bankruptcy today. I guess it does not look that bad when it is during a pandemic right?
Le Chateau means the castle in French. But even castles get burnt.
There is an irony today as two castles were on fire ...as i finished watching the Mr. De Winter castle on fire, a gift from King Henry passed down throughout generations.  I could not help the parralels of today. Today the movie 'Rebecca' is trending on Netflix.
The other Castle wasnt ad old as the fictious one in 'Rebbeca'.
This Castle or Le Chateau, has been operating 123 stores, however it could no longer continue. Its sustainers headed to the Crown and filed an application under the Companies' Creditors Arrangement Act to ensure an orderly liquidation of its assets.
Not the first time in court. A while back Le Chateau  fashion retailers had been one of the first to be hit with an inequality discrimination lawsuit  for asking photos as part of their Employment application . So what is next for fashion in Canada.
Retail Closing Trend
https://www.megatrndz.com/2020/10/retailers-closing-trend-le-chateau.html